Miguel Avila spoke on behalf of Tenants for Social Housing at the Rally for Housing in the Downtown east, organized by Toronto Stop the Cuts on Saturday Nov. 26th at Sherbourne and Queen Street East.

The rally marched north on Sherbourne and stopped at a house that has been vacant for years, asking why there is empty housing when so many people in Toronto need homes. 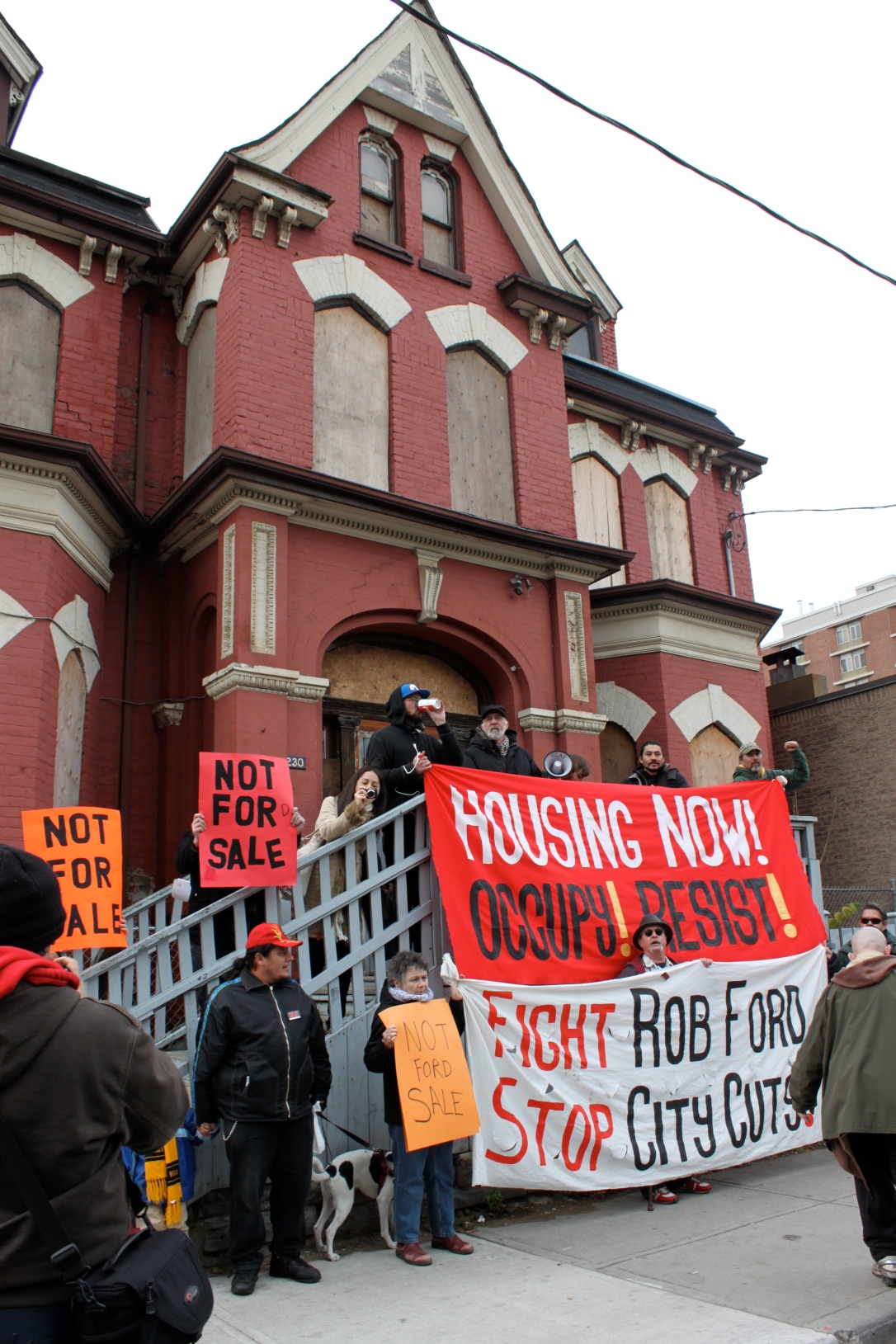 Elsewhere in the City, Susan Gapka spoke on behalf of Tenants for Social Housing, at the Parkdale Stop the Cuts forum held at the Maseryk-Cowan Recreation Centre at Queen St. West & Cowan.

Michael Shapcott also spoke at the Housing Action Now public forum on Thursday Nov. 24th, and his presentation can be viewed on-line. The plight of tenants is also getting attention in the Toronto Star: Joe Fiorito describes how the sale of housing hurts tenants (read his article).

View all posts by tenantsforsocialhousing

We are tenants advocating for the protection, enhancement, and promotion of tenant rights and social housing in Toronto.

SPACE IS LIMITED
Register for this event at Tenantsfirst@toronto.ca or by calling
416 392 5617